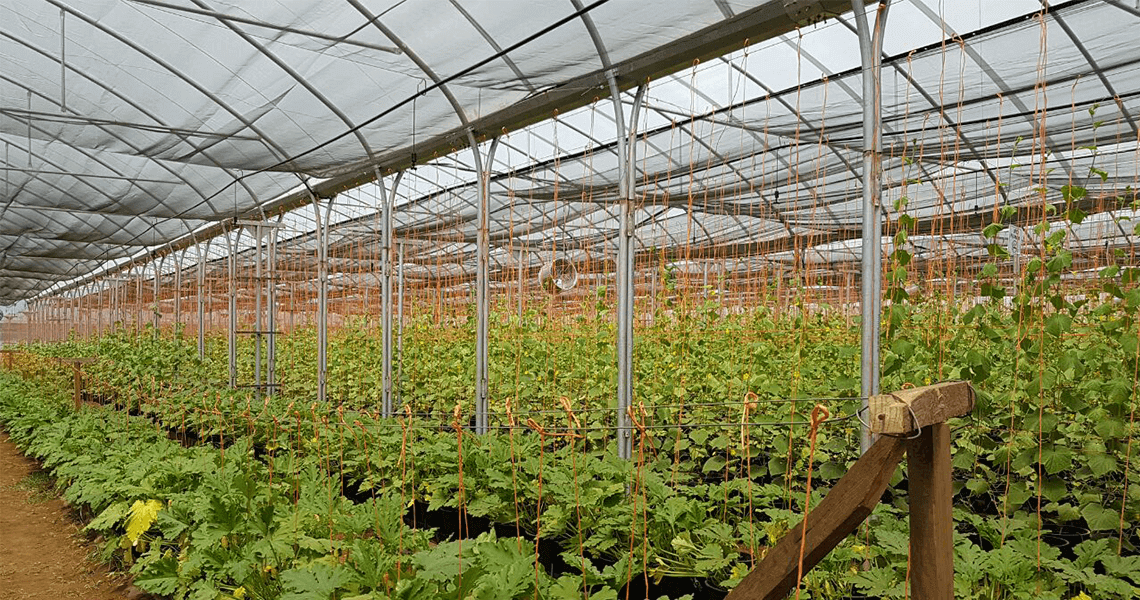 Finca Pandora’s investment in greenhouse technology places them firmly at the forefront of growers in Nicaragua as they adapt to new growing techniques. All new greenhouses include hanging gutters and incorporate an Ozone system which enables CO2 to be pumped into the water, enhancing plant and fruit growth.

The use of refined automatic computer technology to control irrigation and the greenhouse environment has allowed Finca Pandora to attain world standard levels of production.

Finca Pandora holds water conservation as a very high priority in our business. Currently our efficient irrigation system only used 23 litres of water to produce one kilogram of tomatoes. Comparatively, a field grower would need 60 litres of water to produce the same result. Finca Pandora has invested in Ozone System to allow re-use of waste water.

Replacing pesticides with ozonated water yields positive results, is environmental friendly and does not leave any deposit on the produce. Ozone water treatment has been shown to:

Ozone being a very powerful germicidal agent, Ozonated water used for irrigation provides oxygen to the root making it free of virus, bacteria, fungi, seaweed, spores and any other microorganisms, and further promotes fast and steady growth, with more aliveness as well as more productivity. Ozone is extremely useful for irrigating fruit trees, vineyards and cultures in preventing them from deadly diseases.

Use of pesticides and other chemical agents leave behind residues, which are harmful for human consumption and for the environment as well as on the other hand ozone does not leave behind any residue and decomposes back to oxygen. Moreover, any product irrigated with ozonized water, stored and transported in ozonized atmosphere, conserves all its characteristics for a much longer time.

When Ozonated water is used for irrigation purpose, the use of fertilizer and additives is reduced to almost 50%, due to which the cycle of maturation of crops is completed within a very short duration of time and represents the same size, strength and volume which are gained using fertilizers and additives.

We had invested in a rainwater harvesting system to collect all the water from the greenhouse’s roof, and we use it for irrigation; that allow us to save hundreds of cubic meters of water every year.